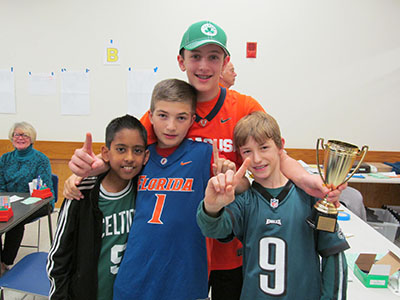 We anticipate that students will be able to compete in youth events by the end of a year's instruction; often, even sooner, depending on the accommodations made by tournament organizers.

See Upcoming Events for a list of upcoming tournaments.